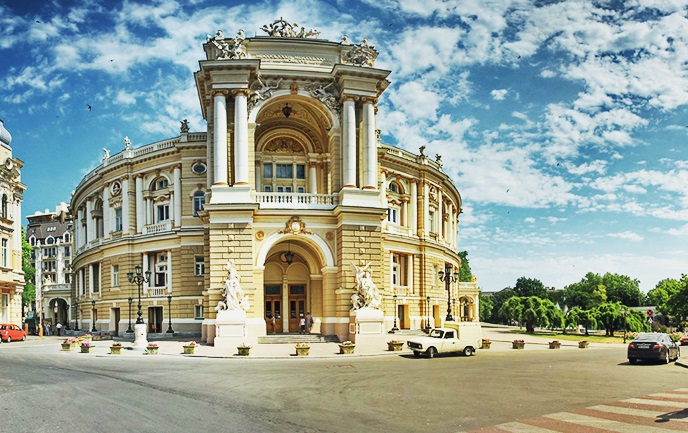 Whole world heard about Ukraine. Do you want to see your own eyes this wonderful country and amazing people?
Travel company Modes help you organize family, corporate or individual vacations .
You can visit the major cities of Ukraine: Odessa , Kiev, Lviv, Kharkov. We provide accommodation, meals and excursions throughout Ukraine.
You can visit historical places, meet folk rites, culture, cuisine and traditions of the Ukrainian people.
You prefer to rest on the beach? We will provide you and your family the opportunity to spend an unforgettable holiday on the Black Sea.
Our company also develops private tours for business trip.
You still do not know how to relax? - Contact us and we will help you choose!
Tourism is available for all!
Ukraine is a country in Eastern Europe. Ukraine borders the Russian Federation to the east and northeast, Belarus to the northwest, Poland, Slovakia and Hungary to the west,
Romania and Moldova to the southwest, and the Black Sea and Sea of Azov to the south and southeast, respectively. It has an area of 603,628 km2 (233,062 sq mi), making it the largest country entirely within Europe.
Throughout its history, Ukraine has been one of the powerhouses of world agriculture due to its fertile conditions. The country, as of 2011, was the world's third-largest grain exporterand is one of ten most attractive agricultural land acquisition regions.
Ukraine is a unitary state composed of 24 oblasts (provinces), one autonomous republic (Crimea), and two cities with special status: Kiev, its capital and largest city, and Sevastopol, which houses the Russian Black Sea Fleet under a leasing agreement. Ukraine is a republic under a semi-presidential system with separate
legislative, executive, and judicial branches. Since the dissolution of the Soviet Union, Ukraine continues to maintain the second-largest military in Europe, after that of Russia. The country is home to 46 million people, 77.8 percent of whom are ethnic Ukrainians, with sizable minorities of Russians (17%), Belarusians and Romanians. Ukrainian is the official language of Ukraine. Russian is also widely spoken. The dominant religion in the country is Eastern Orthodox Christianity, which has strongly influenced Ukrainian architecture, literature and music.

7 Historical and Architectural Wonders of Ukraine

Odessa, often called “The Pearl of the Black Sea”, is one of the Ukrainian top cities in culture, science, education, literature, music and many other spheres of life.
The city has a vibrancy all of its own due to its cosmopolitan history. Indeed, a close look at those who played a part in its emergence brings one to the conclusion that Odessa has always been a strikingly international place. Its first builders, the brothers Joseph and Felix de Ribas were of Spanish extraction. Franz de Volant, the first city planner, was a Dutchman. 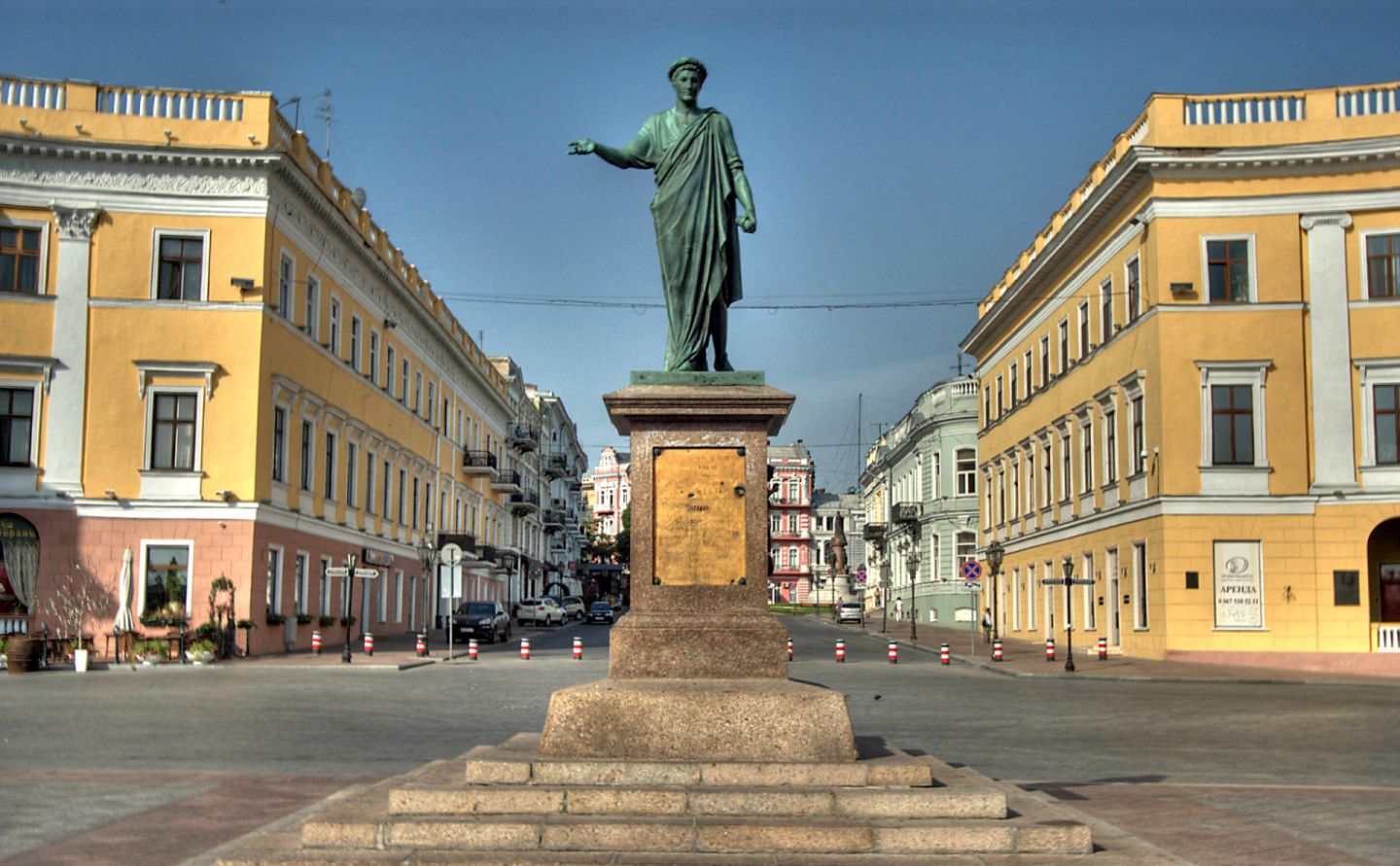 Duke Emmanuel de Richelieu, the first province and city Governor, was French, and so was his friend and successor, Count Alexandre de Langeron. General Coble, the city commandant, was English, Governor General Mikhail Vorontsov was a Russian prince, Grigoriy Marazli, a Greek, headed the municipal government. Italians were predominant among the architects: F.Boffo, A.Bernardazzi, G.Toricelli and F.Morandi, to name a few. As for the populace, it was a mix from the very start: Ukrainians and Greeks, Russians and Jews, Moldavians and Poles, Bulgarians and Germans, as well as Italians, Frenchmen, Turks and Tatars. Sincere tolerance has always been the spirit among all the ethnic groups inhabiting Odessa.

By the way, to be an Odessavite means to be a person of special nation, the peculiarities of which are humor and optimistic approach to life.
In comparison with Moscow, which is more than 800 years old, and the mother of Russian cities- Kiev, which has celebrated its 1500th anniversary not long ago, or with many other Russian cities, Odessa is a young city. Its birthday is September 2, 1794.

According to some views, there are two kinds of big city development: some cities grow slowly and gradually like the circles in the tree trunk, for instance, Paris, Moscow; others make a violent and pre-planned rush in their development, like St. Petersburg (“Northern Palmira”) and Odessa (“Southern Palmira”). The design of the old part of Odessa is a wonderful masterpiece of classical architecture.
At once the young Odessa deserved the fame of a free, even foreign, port which was often referred to as “the golden port”. Many noblemen, officers and merchants came to spend their holidays here.
After the World War II, the city was rebuilt and greatly expanded. There emerged a network of parks, sanatoriums, new residential areas along the sea-coast.
Nowadays Odessa is the biggest city of Ukraine.

Welcome to Odessa and we will do our best to show you our beloved city!

7 Natural Wonders of Ukraine
Our company
We are the Ukrainian incoming and outgoing tour operator "Modes" which has been successfully working since 1992. For the years of effective work our company has been awarded with different medals .
Incoming and organization of tours to Ukraine is one of the priorities of our activities. By offering top quality products at extremely competitive prices our company “Modes” has managed to build a reputation amongst our tourists and partners which is a guarantee for  reliability and professional service, to which we add a very important extra ingredient: our passion for hospitality.
We can arrange special tour programs for any number of days and guests and offer a wide range of inspiring tours in Odessa and throughout Ukraine providing the following services: hotel accommodation, airport transfers, coaching, sightseeing, guide services, meals, attractions.
Every year Ukraine attracts more and more tourists from all over the world.
Such cities as Kiev, the capital and the oldest city of Ukraine, Lviv, covered with atmosphere old times, mysterious and full of architectural places of interest, and Odessa is the capital of humor, with its most unforgettable atmosphere are extremely popular among tourists.

You are welcome!
Our services
We can arrange special tour programs for any number of days and guests and offer a wide range of inspiring tours in Odessa and throughout Ukraine  providing the following services:
• hotel accommodation
• airport transfers
• coaching, sightseeing
• guide services
• meals
• attractions
• rent of cars
• rent of yachts
• rent of appartments and houses
• recreation programmes
• organization of conferences and business meetings
• visa support
• Excursions in Odessa 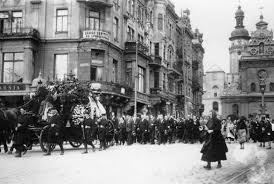 10.00 Meeting with the guide . On request breakfast in the restaurant near the picturesque market square . Our journey familiar to most visitors and Lvov Market area and surrounding streets, can intrigue even those who have repeatedly visited Lvov . Architecture and pleasant atmosphere of the city as always will accompany us during the trip . Visiting the Roman Catholic Cathedral , the Armenian Church , Boim Chapel , and Jewish quarters.
But the main thing! Our guide will draw attention to the fact of who, with whom, when and why? Who first brought from Lvov kiwi to Europe? What was the cost of the first car in Lvov ? What was hidden in an artificial hill on Mount High Castle ? How much gold is spent on the restoration of the Opera House ? During the tour we will show and open secrets secret signs on the walls of temples and Lvov defense walls . You will learn how to hide from enemies citizens the most valuable thing they had - water. Who are fondanserki and what they were doing ?
All of this ( and other) ! We will tell and show !

12:30 End of the tour. On request, advise and reserve a seat in the restaurant with the present atmosphere of Lvov .
Duration: 2.5 hours . 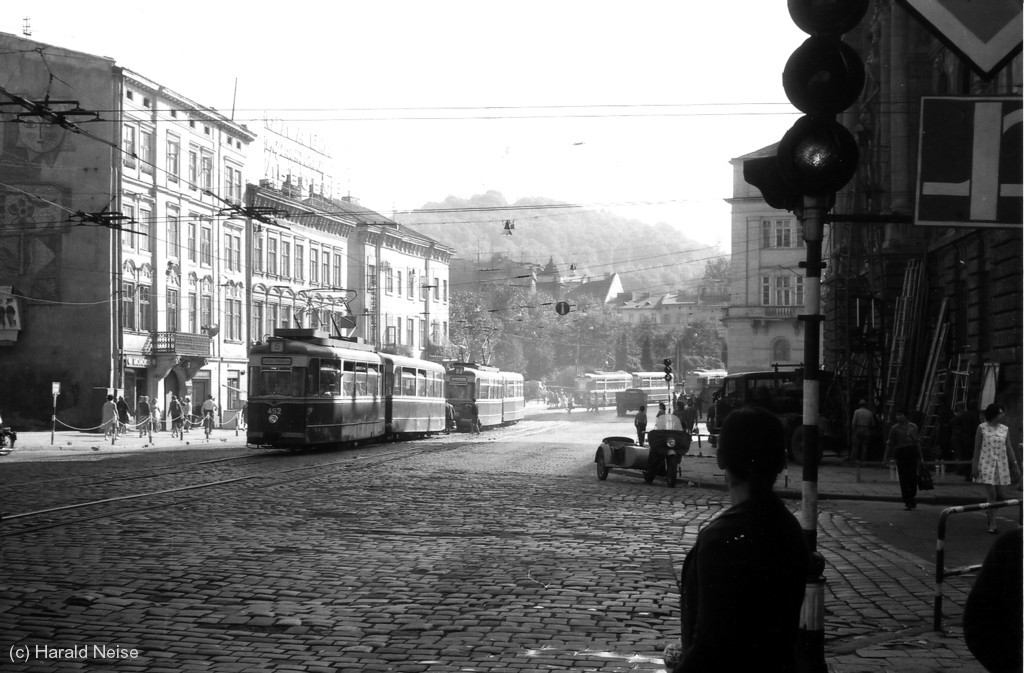 Not far from the Market Square there are places that are not well known among tourists. And for good reason ! For the ancient surroundings, such as : Kastelivka , or Tales " professorial colony " - a fantastic place , built up at the end of IX- XX in the first half . luxury estates and surrounded by beautiful parks . Peaceful journey will take you to unusual and mysterious atmosphere of Lvov, at which nostalgically yearn themselves Lvov .
We'll see a place where members of the OUN shot Soviet consul , look mysterious house - castle , learn the dark secrets of Lvov antiquarians and collectors will look to caress bizarre architectural forms Palace Mrs. Franz . You will learn how and where the city first tried to produce mineral water. And, of course , we are waiting for a fun walk sung by poets Lvov tram.
Free time ! Opportunity to enjoy the Lvov and continue your journey !
Attention! Our stay exclusive and is only for people who love to experiment and learn more !
Duration of the excursion program - 2.5 hours . 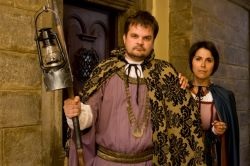 If by chance you can not sleep at night, look out the window and see people with flashlights . Do not panic! This mayor assistants - they just cherish your dream ...
When the evening at Lvov dusk falls , and wake up in the dark alleys of the secrets to the streets , surrounded by faithful helpers , goes night Mayor - Mr. Shlyussel . He watches people and seeks peace offenders who live on the dark side of the moon. And if, by some chance, Mr. Mayor unwell, it will always be able to replace the faithful wife - Mrs. Zosia .
Do not portend the clock tower of trouble last night? Do not lose the key to the city mayor ? Or maybe someone lost soul looking for peace in this dark hour?
Unexpected encounters, creepy legends , ghosts, secret rites - all this awaits you during the night stay. If you are not afraid to become an assistant to Mr. Shlyusselya - join us! And for the good work Mr. Mayor you devote to the honorary rank of "Employee Nightwatch of Lvov ."
Mayor help maintain order in the night city can everyone who wants to experience a real adventure!
Every Friday and Saturday at 21:00
By invitation only.

In Lvov, no ocean, but there is a lot of beer and treats!
Batyarska wisdom 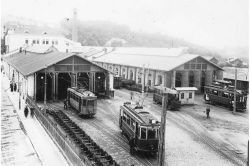 How to become a real Lvov Batyar in a short time? We help you with this. Perform with us his "Batyarska dream!"
Getting immersed in a sea of ??Lvov beer and treats the special Beer Square, which has a different name . Those interested can get acquainted with beer Tits that if you're clever beer lovers , will give an unusual beer with milk.
Continue the journey ancient streets around Market Square, where you will learn : "Who? With whom? How much? " . As the best brasserie Naftula T?pfer lured customers mustache owner? What beer in Lvov called "orphan "? Why in one of the restaurants in the Market beer Galba chains bolted to the tables?
The second live beer tasting in the picturesque and mysterious restaurant. During the tasting, participants will look bricked into the wall and see the money discoverer of mineral water "Naftusya" .
Third tasting. Hiking in the beer museum of " Lvovske ". Overview of the museum where you can learn what face control were Lvov brewers in the XVIII century and as the owner of the brewery, Robert Doms, Jr. using colored chips fought corruption at the brewery .
Optional: offer lunch in the restaurant "Robert Doms "